The Truth: Fat vs Sugar

This fat vs sugar piece in The Guardian is a great read as it lays out the history behind how cholesterol and saturated fat became demonized over sugar. If you don't have time to read the whole thing, here's a brief summary: 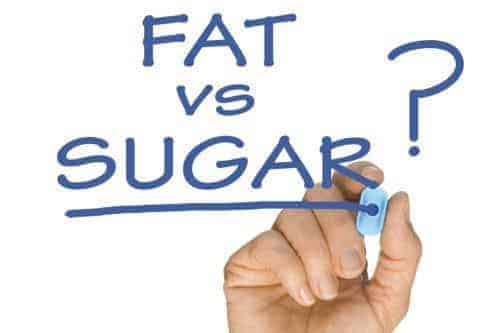 The Best Book on the Topic of Fat and Overall Nutrition

Hands down, in our opinion, Deep Nutrition by Dr Cate Shanahan. She recently released an updated version (originally published in 2008) and the original has been our most gifted book on nutrition for the last few years. Dr Cate's qualifications on the topic are extensive. After having a family practice for years in California she now runs a health clinic in Denver, she is the director of nutrition for the LA Lakers and she also studied biochemistry, genetics, ethnobotany and the culinary habits of her healthiest patients. It's hard to find someone as qualified and passionate about the topic of health and nutrition!

You can listen to an interview with Dr Cate on the Primal Blueprint Podcast:
Part I
Part II

Dr Cate was also on the Fat Burning Man Podcast where she talked about the six vegetable oils you should avoid at all costs (see below), as well as the research that vegetable oils are even more toxic than trans fats!

Get the complete list of Good Fats and Oils versus Bad from Dr. Cate

Finally, this is a great episode of the Ben Greenfield Podcast about how fat was unfairly demonized based on bad science. The interview is with investigative journalist Nina Teicholz, author of the book, The Big Fat Surprise. If you thought science always progressed rationally based on evidence, think again.

Teicholz discusses a researcher and biochemist from our very own Vanderbilt University, who she says had his research grant taken away by the National Institute of Health for being a dissenter to the saturated fat consensus. Dr. Mann visited Kenya in the late 70s and studied the Maasai warriors. He found they drank 3-5 liters of milk every day and ate meat and blood when they could get it, no vegetables. Even with this kind of diet the Massai men were in great health with no evidence of chronic disease, including the elder men who were fairly sedentary and sat around the village. It was also found that the men didn't have some kind of genetic protection because when some of them moved to Nairobi and ate more of a Western diet, they ended up having biomarkers that resembled the people living in the city with modern chronic diseases. This means it was likely the types of food the Maasai Warriors were eating in their villages that contributed to their good health status. This was written up in clinical journals at the time but ignored by nutritionists and part of a history of opposing research being marginalized, that has later resulted in younger scientists self-censoring and afraid to do research that could jeopardize their careers. Definitely worth listening to this podcast.