Quantify Fitness is proud to announce we are the first place in the United States with the CAROL bike (formerly High Octane Ride)!

After eight years of global clinical trials and rigorous laboratory tests, scientists made a remarkable (almost unbelievable) discovery that is changing the way we understand fitness.

CAROL is now available for your home or office!

As an Olympic gold medalist and a runner, the absolute worst for me is the dreaded ”BIKE”. I have come across just about every training modality. None are as effective as CAROL.

Inactivity is the real problem and onset of disease is slow. In our labs we see insulin sensitivity increase by an average of 28%. This is substantial and no drugs can do it. These 10 minutes will make a difference. – Dr. Niels Vollaard

The latest peer-reviewed research was funded by the American Council on Exercise (ACE) and published in February 2019. They compared 3 8-minute and 40-second rides a week on CAROL to 5-days a week of 30-minutes medium intensity cardio. CAROL won on all measures, even with 60% less frequency, 70% less time per session, and 80% less time per week. Read the research here. 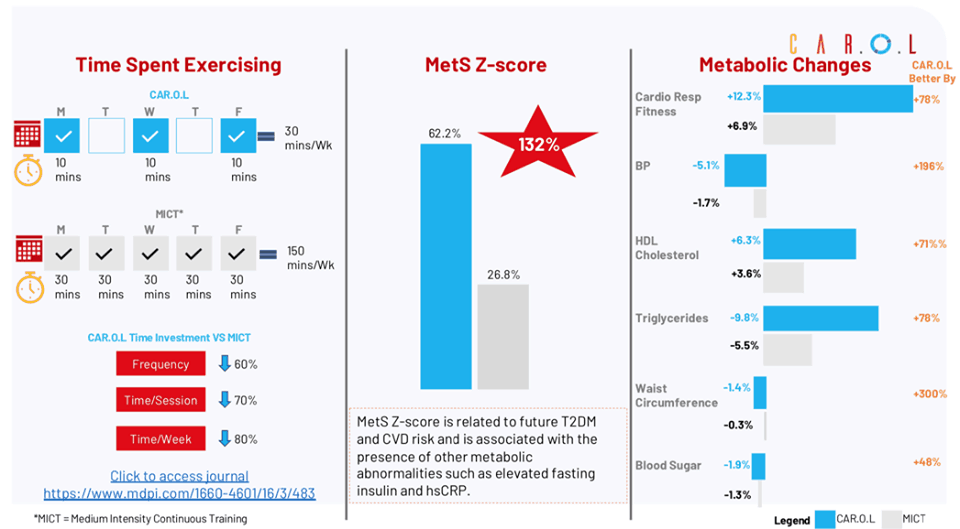 Based on the scientifically proven protocol, CAROL gives you the ability to exercise for the shortest possible time with the greatest benefits. 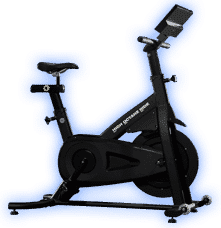 That's because it contains a Cardiovascular Optimization Logic, known as CAROL, which means that each ride is bespoke and totally responsive to you.

CAROL not only watches your performance, her algorithms respond by automatically pushing you harder in subsequent rides or relaxing your ride if you have had a bad day. And it all happens automatically. You just log in and ride. 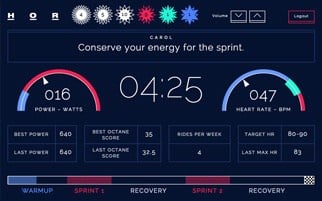 In short, she ensures that during your sprints you reach the highest power you can possibly achieve.

CAROL is the very first system that delivers this scientifically proven protocol outside of laboratories.

One of the things I love about high-intensity and sprint interval training is the way it makes the benefits of exercise available to all. No longer can we claim that we don’t have the time to exercise. The excuse would evaporate even more, to overstretch the metaphor, if stations like those provided by CAROL were easily available. Perhaps utopia via exercise is wishful thinking, but nonetheless it does seem obvious that the world would be substantially improved if all of us were able to get the physical activity our bodies require to be healthy. – Martin Gibala, PhD

NOT JUST ANY OLD SPRINT

Sadly, riding an ordinary bicycle flat out for 40 seconds or spinning in the gym won't give you these fitness results.

CAROL delivers a sprint so precise, it's called the Wingate sprint. Until now it has only been used in medical or laboratory settings.

Each session lasts for about 9 minutes with two 20 second sprints and three slow periods of three minutes each. Scientists found that the 2 minute warm-up, intermediate easy pedaling and cool-down periods were crucial to the fitness results.

While the warm-up does what it says, the easy pedaling after the first sprint allows your muscles to restore levels of a molecule called phosphocreatine, an important source of energy used to fuel the first half of each sprint. This takes 3 minutes.

The cool down allows the blood vessels in your leg muscles to contract gently so your blood pressure returns to normal before you stop.

This type of exercise is designed to force your body to use its sugar stores in muscle (known as glycogen) to supply you with energy, far faster than with traditional exercise. You will typically burn 20 – 30% of your sugar stores in 20 seconds vs. 30 minutes or more of with traditional exercise. Check out this video to see an example of glycogen depletion from one 10 minute CAROL ride.

When this happens, a host of molecular pathways are triggered that cause your body to adapt to this exercise. These changes include dramatically improved insulin sensitivity and more mitochondria; your body's power generators.

Like a V12 engine, your body becomes so much more efficient at burning fat, even when you're at rest. 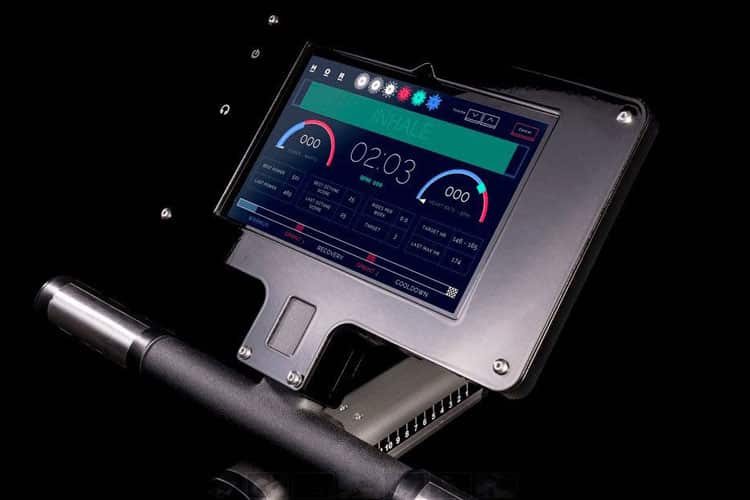 WHAT HAPPENS WHEN SCIENCE AND FITNESS COLLIDE

Physiologically, we're still Neanderthals. In those days, our fight or flight response had to be acute so we could run for our lives. That's why our thigh muscles hold large stores of sugar they don't easily give up, ready for emergencies.

During the specially designed sprints, the muscles burn as much as a third of their sugar stores which triggers an alarm reaction and causes the muscles to rapidly “re-fuel” by sucking glucose from elsewhere in the body. This requires insulin. Over time our bodies respond brilliantly by becoming very sensitive to small amounts of insulin. A 25% improvement in insulin sensitivity has been observed after as little as six sessions.

As insulin is a “sugar mover” and “fat blocker,” the more you have in your body, the less likely you are to be able to burn fat. Less insulin means our bodies burn fat more efficiently, rather than laying it down in the body.

This type of HIT also increases mitochondria, the power plants of your cells. More of these mean your body burns even more fat, not just when you're exercising, but even for hours afterward. Your body revs up to become a more efficient metabolic machine.

CAROL also increases your body's energy needs long after your session is over. During the sprints, your muscles can't get oxygen fast enough for the work they need to do, so they switch to anaerobic metabolism (energy production without oxygen). This creates an “oxygen debt.”

To replenish and recover back to normal (pre-CAROL), your body carries on burning calories for hours afterward. This effect is much bigger with high intensity exercise.

YOU DON'T HAVE TO UNDERGO TESTS STRAPPED TO BREATHING MASKS.

CAROL tells you how fit you're getting by calculating your Octane Score™, using your power output and heart rate. The fitter you get, the higher your Octane Score™, which means your heart is stronger and is pumping out more oxygenated blood per beat.

An 8 week trial with 180 participants showed CAROL improved cardiovascular fitness by an average of 15%. Similar to the improvement that can be expected when jogging for 45 minutes.

After a few sessions of CAROL, the heart responds to the challenge created by the sprint by pumping out more oxygenated blood per beat. We measure this as your Octane Score™. 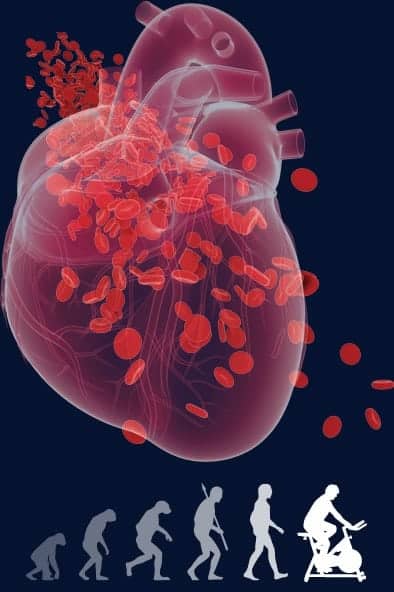 Additionally, CAROL will help improve your “lactate threshold,” the point at which lactate build up causes the “burn” which encourages you to give up. In trials, many people found that they could quite quickly, after regular CAROL, run for that bus or climb three flights of stairs without tiring.

ARE YOU READY TO RIDE CAROL?