What does the research say about results?

The University of Western Colorado recently did a 12-week randomized control trial comparing ARX to traditional moderate-intensity resistance exercise as prescribed by The American College of Sports Medicine's guidelines.

Researchers assessed the study participants' strength with a one-repetition max using traditional weights before and after the 12-week training period. Other captured measures were body weight, waist circumference, body fat, and VO2max, also known as aerobic capacity, a measure of cardiovascular fitness. 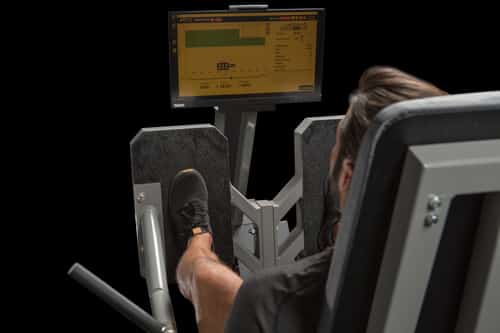 The traditional resistance exercise group saw an average waist circumference reduction of 0.6%, a drop in body fat of 6.1%, a 4.7% improvement in VO2max, and a 17.4% average increase in strength across the ten measured exercises. 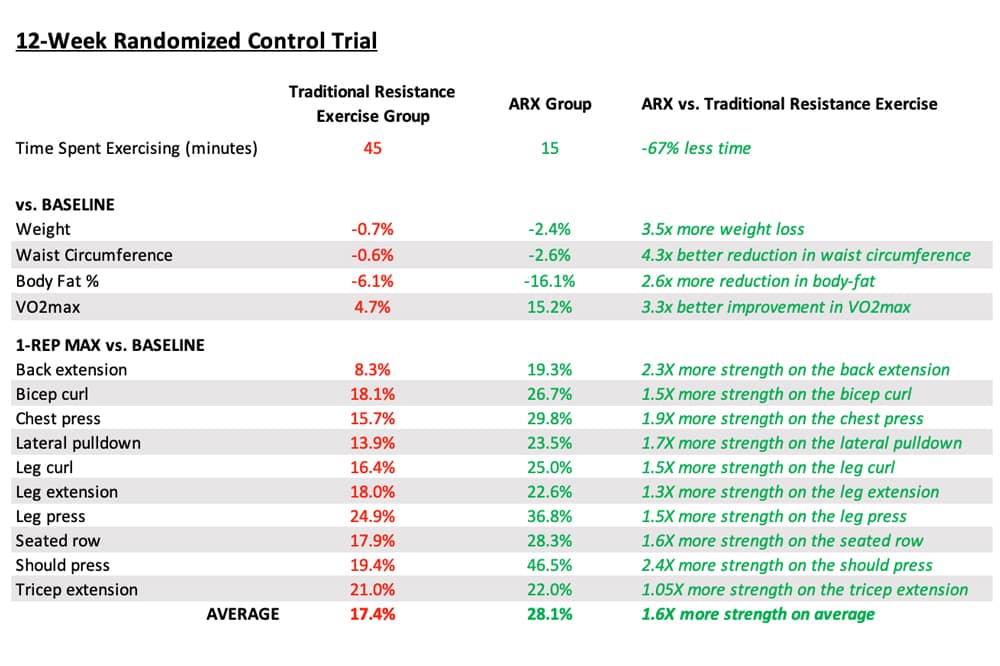 The fact the ARX group improved so much more than the traditional resistance training group, even though the strength measurements were based on lifting traditional weights, reinforces that ARX strength gains are not limited to using ARX but also cross over to other activities exceptionally well. This means the added strength someone gets from doing ARX for minutes a week will also be beneficial in daily life.

Based on the results we've seen with clients at Quantify Fitness since opening in 2016, we probably could've predicted these findings, but it's great to get more unbiased independent reviews. 🦾

More from the study:

Regular physical activity confers various health benefits including the prevention and management of hypertension, obesity, Type 2 diabetes, dyslipidemia, and cardiovascular disease. However, despite the long existence of exercise-related health promotions, engagement in physical activities or exercise remains scarce, primarily reported to be due to ‘lack of time'.

…Indeed, it has been reported that increased muscular fitness is associated with a reduced risk of all-cause mortality. Additionally, various muscular fitness parameters (strength, endurance, and power) have been found to be associated with common cardiometabolic risk factors, including body mass index, waist circumference, blood lipids, and blood pressure. It also has been demonstrated that there is a strong association between muscular strength and mortality from all causes in various clinical populations, including those with cardiovascular disease, cancer, and arthritis.

…Taken to together, this body of scientific literature highlights the critical role of muscular fitness in public health.