Building Your Bones for Life

For some reason, it is considered normal to begin declining at a certain age as your health and strength gradually diminish towards decrepitude and loss of function.

Through decades of disuse and atrophy, you experience a loss of skeletal muscle mass, quality, and strength.

This leads progressively to Osteopenia, the loss of bone density. As these conditions persist, Osteoporosis is eventually produced, and the sufferer becomes prone to falls, diabetes, and myriad other conditions that affect people in their Golden Years.

BONE LOSS IS A BIGGER PROBLEM THAN YOU THINK

Sounds bad, right? You have no idea. Over ten million Americans have Osteoporosis, with another forty-four million experiencing low bone density, placing them at increased risk.

One in two women and up to one in four men will break a bone in their lifetime due to Osteoporosis.

For women, the incidence is greater than that of heart attack, stroke, and breast cancer combined.

Osteoporosis-related bone breaks cost patients, their families, and the healthcare system $19 billion annually. By 2025, it is predicted that Osteoporosis will be responsible for more than three million fractures resulting in $25.3 billion in costs.

So the bone and muscle loss associated with aging is getting progressively worse, and the proportion of our population who is at an advanced age is increasing over time. 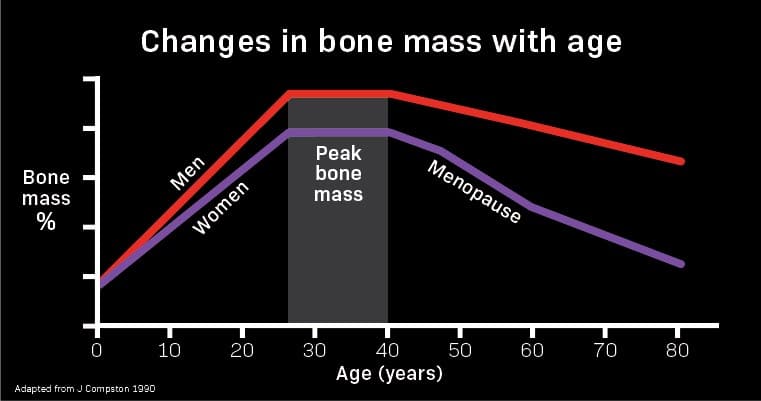 So what’s the fix? Well, there is plenty of good research showing how we can stop and even reverse this degenerative process:

It’s important for an aging population to understand that resistance exercise provokes an increase in bone density. The mechanism is pretty cool.

THE BEST EXERCISES FOR BONE HEALTH

The question then is, what is the safest, most efficient, and most effective way to mechanically load the bones and muscles?

Out of all the modalities of exercise that might be used for this purpose, it’s obvious that resistance exercise is the best option since it provides greater mechanical loading than yoga, “cardio,” spin classes, swimming, and so on.

The final question then: out of all the methods and tools listed above, which is the most efficient and most effective? And since we’re talking about a resistance exercise for the aging population, which is the safest, most convenient, and easiest to learn?

This is where ARX comes out way ahead of any other available resistance exercise tool.

First, just in terms of effectiveness, ARX is head and shoulders above other modalities because its optimally-loaded eccentric contractions permit the greatest magnitude of mechanical loading possible for every user every time.

Second is the matter of time efficiency. Using ARX, an improvement in bone density can be stimulated in a session lasting not longer than ten minutes and performed once every 7-14 days.

This represents a small fraction of the time commitment necessary to achieve a similar result using gravity-based tools like weights.

Third, safety. Because ARX’s resistance can never inappropriately load the user, it is far, far safer than any other resistance exercise modality.

Its adaptive/responsive nature means that the user can never be acted upon involuntarily by the resistance being used, unlike a weightlifting scenario where the weight is acting on you 100% of the time whether you like it or not.

And finally, convenience and ease of use. An ARX protocol for the purpose of restoring and building bone density requires no coordination, no balance, no agility, and very little skill acquisition.

You can experience meaningful levels of mechanical loading at your very first session, unlike other modalities that require several weeks of slow practice before enough competence is gained to add enough weight to the movements.

ARX rapidly gives you the desired results with a minimum of learning curve.

P.S. A client recently shared a bone scan they had done less than six months after starting ARX at Quantify Fitness.